As some of you Tyler has just finished up an internship at car dealership. He was training in the auto detail department. His hope is get a job working with them after the holidays. Just as he was finishing up there and as we were heading into the holidays he caught a cold and a pounding headache. He started taking the ordinary over the counter cold medications and non-aspirin to try and get the headache under control. Nothing seemed to stop the pounding except laying down. On Friday, December 21st, at moms request, he went to urgent care. He was really pale, had a pounding heading that he couldn't get to stop, was sort of breath and had a cough. He was treated for the headache only and given a RX for the headache only and told him to keep treating his cold symptoms.

On Christmas eve, Tyler showed up to celebrate our family Christmas and looked very pale, head still pounding and dark marks under his eyes. We all became very concerned. He was in good spirits and seemed very much himself despite how he looked. We had a great night together and the next morning (which is now Saturday) mom jumped into action. I checked his blood pressure and blood sugar and both were normal, started him on regular aspirin and gaterade and as much food as he wanted, his appetite was great. We just could not get rid of his headache or the paleness. We did the same on Sunday, waiting to get him into his doctor on Monday morning.

Monday morning 8am, while Tyler slept I called his doctor only to find out that she was out of her office until January 5. I explained to the nurse that we had done as they suggested and sent him to urgent care and he wasn't any better. What should we do? Her advice was do not go back to urgent care but to go to the Emergency Room.

At 9:25 all checked in to the ER and then everything went in to high gear. They were drawing blood, started him on oxygen and keeping a close watch on his vitals while waiting on the test results. The blood work came back and his hemoglobin was 4 (four)! Normal is 15-18 and he had pnemonia. He was then transfered to ICU and started on blood transfusions and antibiotics.

At 2:15pm, very unexpected news from the blood doctor, the initial slides show that he has Leukemia and there are two types and a bone marrow test will provide more information as to the type and treatment plan. He said that is urgent that we start treatment quickly. So, Tyler said "let's do it".  He was treated all night with blood transfusions in order to raise his hemoglobin level. The bone marrow test was done and then we had to wait until the next day for the results.

On December 28 Tyler was transfered to The City of Hope. This brought back many emotions as you can imagine and for all the same reasons as went Brent was diagnosed: The best of the best in cancer, close to home and our village of support, we ALL are ready for the fight that is ahead of us!

Plan of action has been....test, test, test and more tests, information overload, paperwork signing and as of tonight December 30th we will begin what is call the "induction" phase of his treatment which is a 28 day stay that includes chemotherapy treatment for a full attack on the leukemia cells. Tyler has (ALL) Acute Lymphoblastic Leukemia type B. It is the actually considered Childhood Leukemia and the most popular type. We have already had great news, there were NO leukemia cells found in is spinal fluid! That is BIG, we are already seeing God at work. Tyler has been accepted into a Clinical Study Group. The treatment plan for this is pretty much the same at every hospital with small differences depending on the drugs. He is in the group with the most aggressive treatment plan of the 2 studies done at COH.

It was Tyler's decision to use his dad's blog to record his journey. We will use this to keep you up to date as we did for Brent's journey. This will also allow his support system to stay in touch with him by leaving your comments and signing in as a follower. This site, along with texting, cell phones, facebook, voicemail, skype and all of the other 2010 technology that is available will keep him in touch with his outside world. He will not be able to have visitors due to his very weak immune system for at least the first week. We will keep you informed as that changes.

We are still adjusting to this news and to this new journey. We do know that the God that has brought us this far has not left us and we are keeping our eyes focused on Him for strength.

To make a few familiar quotes: 'It is what it is", "Nothing just happens" and once again "It is all about relationships". So in advance, I am grateful to all of you and for your continued support, prayers and words of encouragement. 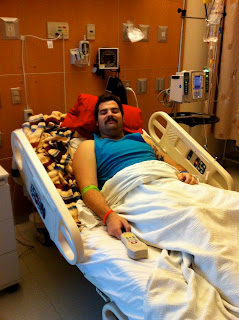 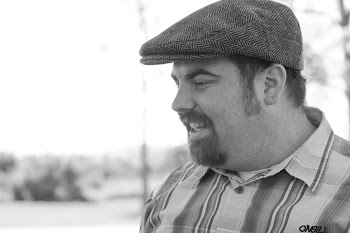 comments: click on the link at the bottom of the posting and please make sure you type in your name.